What insects do the most damage to wood fences?

Austin is famous for its many wooded areas which not only bring with it beautiful landscapes but also humidity and pests. These pests are often the cause of structural damage, with fences being among the first to be damaged due to them being made of wood and being exposed to the elements.

Find out more about these wood boring pests and what you can do to get rid of them.

Termites are notorious for causing damage to wood and are often the primary culprit of a damaged fence. Combined with their preference for humid areas, they are often found in the Austin area due to the relatively humid climate.

The most common types of termites are the subterranean and drywood variety, but most have an appearance similar to white ants with a straight body and antennae.

The average colony of termites can eat around 13 pounds of wood each year, but some species such as formosan subterranean termites can eat even more. The colony can spread quickly, so addressing the problem as soon as possible can help reduce the damage and prevent any potential problems with your home.

If your fence has been exposed to severe termite infestation, it’s recommended that the affected wood be replaced with a new fence post. A pest control expert should also be contacted to ensure that no other problems continue in the soil where the new fence post has been added.

Carpenter ants are black or brown and tend to be around ½ an inch long, making them relatively easy to identify due to their large size. They have a thin waist and are active mostly at night where they forage for food.

The key difference between them and other wood boring pests is that carpenter ants do not eat the wood. This is due to them being unable to digest the cellulose found in wood. They instead burrow inside of moist wood to lay their nests and to create tunnels which can cause major problems for your fence and home.

Carpenter ants invade wood that has already been damaged by water or rot, so the best option for those who have carpenter ants is to simply replace the fence post that has been invaded. If there is widespread damage it’s also recommended to contact pest control for treatment.

Wood boring beetles covers 10 different classes of beetles that cause damage to wood. They do this by making holes in the wood where they lay their eggs. Once hatched, the larvae feed on the wood for a few months or even years and remain in there until they are able to fly off.

They can be found by the small holes on the fence they leave behind as well as small piles of sawdust. Usually, wood boring beetles prefer to nest in untreated wood so fences that have been pressure treated or painted are less likely to affected.

Older homes are at risk by these beetles as a result of rot, however new homes might be affected if they are located in humid areas. These areas could include wooded locations where the rainy season in Austin often causes trapped moisture.

Ranchers Fencing offers fence repair services to help bring back your fence to its former glory. Have wood boring insects been around for longer and destroyed it? We also offer fence installation services that will provide your home with an all new look while replacing the worn out look from your old fence.

Contact us today and improve the look of your home!

Extending The Life of Your Fence
November 11, 2017

How to Cut Grass Around Your Fence Without Damaging It
January 19, 2017 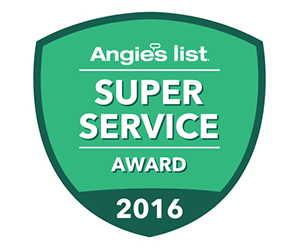 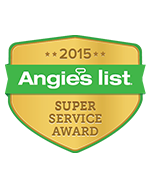 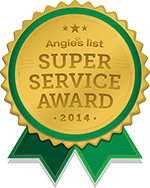